I recently had the opportunity to see a number of new showers that have been launched at CP Hart showrooms in Waterloo, London. I’ll let you know just what I think of these new models over the next few weeks.

However, I can’t wait to talk about Jee-O 365 showers. They are a range of outdoor showers and basin tap controls that are beautifully sleek, robust and highly engineered in stainless steel, but have clever and refined design with controls that are easy to use by anyone.

According to Jee-O, this range has been installed in amazing locations such as the Maldives and Los Angeles but I think they could be just fantastic in a UK indoor wetroom. They are made up of one freestanding unit and a minimalist wall mount, so they look sleek and modern. Personally, I love the urban styling and think they would save space in any size room. The controls are actually part of the unit and are beautifully designed. I had a go with them and they are very easy to use and easy to grip by anyone young, old or with soap or sand in their eyes!

Jee-O seem to be bringing a fresh approach to outdoor showering and bathrooms in general. The driving force behind the company is Lammert Moerman a product designer and, rather unexpectedly, former Dutch BMX champion. And if it seems a stretch from hurtling round on a souped-up Chopper to manufacturing bathroom installations, the secret is in the engineering: cycles require the sleekest design combined with the greatest performance – Moerman simply couldn’t see why the same principles shouldn’t to be applied to bathrooms.

My favourite shower in the range is Jee-O Original Freestanding Shower Mixer. I know it’s been designed and specified for use outdoors, by the hot tub or pool, but not many of us have those and I’d love to see one of these freestanding showers in my indoor wetroom. I like that it’s just one unit and it’s attached to the ground, leaving the walls clutter free. But most of all, it’s the design of the controls that appeal to me: easy, clever and witty. An inbuilt stainless steel chunky ring replaces fiddly taps and with a very user-friendly positive and smooth action controls temperature and water flow.

And in a brand-focused piece of design, Moerman explains that elements of the shower and controls have been inspired by the company’s logo:

Clever stuff, and I can’t see Triton pulling that off!

Another version of this model worth mentioning is the Jee-O Original Freestanding Shower Mixer And Handshower where a hand shower has been integrated. I was really pleased to see this option, as it would be perfect for children or anyone in your family who needs the flexibility to sit and shower.

In this range there is also a matching basin mono mixer, a chunky spout with a ring control built in – again easy to grip with soapy weak hands – full control of the water flow and perhaps more importantly, temperature.

The second highlight for me is the Jee-O Soho Progressive Freestanding Shower Mixer Hammercoated Black Matt shower. Moerman explains that the inspiration was from urban cool Soho of the New York district rather than London’s Bohemian quarter. Like the rest of the range, this model is cast in stainless steel but this one has a hammer-coated black matt finish that gives it a tough, Batman meets jet-fighter look. I love the styling – it’s bold and thorough, with Jee-O detailing around the lever control. Not only does the showerhead take its inspiration from industrial pipework but, surprisingly, it also has a very good shower pattern. It may look like it belongs in the Batcave, but it’s nice to know that Bruce Wayne will have a nice shower in the morning.

For me, the design of the controls isn’t as innovative as Jee-O Original but I love that the controls are lever handles with a progressive smooth action and that they are coated by a rubber skin – reduced mobility friendly and always warm to the touch, which is great for anyone with arthritis. I love the urban cool look and think this one would be stunning with Gotham City Metro tile work.

I’m so pleased to have discovered this range – this blog isn’t a month old and already my quest for stylish, future-proof home fittings is bearing fruit!

The right LED can change your life!

Built Mum a House 1 year on: 6 great things that make me go mmm!

A Bit About Me 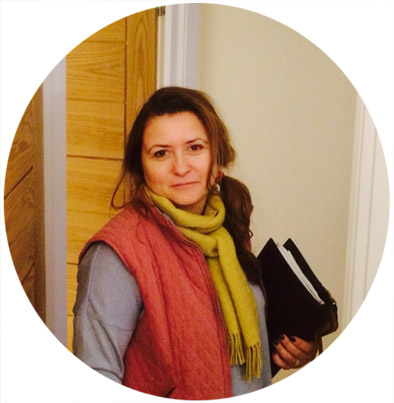 In 2015 I built a house for my Mum...from scratch. I'm passionate about hunting out beautiful, thoughtful interior design that addresses reduced mobility issues, spans ages and is on trend. Get inspired and build a home fit for you and your family.

The Last 5 Comments on my Blog

Made with in London